Oyo State Government has revoked its contractual agreement with Messrs. West Africa Energy, which operated under the name Solous MRF. 1 Ltd. due to the fact that the company was found to be in material breach of the contractual terms.

Revealing the new development at his office yesterday, the Commissioner for Environment and Natural Resources, Rt. Hon. Kehinde Ayoola said the company has failed in its performance under the contract it signed with Oyo State Government, which is significant enough for the State to terminate the contract.

The Commissioner cited instances that the State Capital, Ibadan, has experienced unbearable heaps of refuse in the last four weeks, saying the company has not lived up to expectation in cleaning the city.

Hon. Ayoola said, being the main employer of the contractor, Oyo State Government has deemed it fit to relieve West Africa Energy of its duties, so as to ensure efficient waste management  in the State.

He assured residents, that the State Government was taking holistic measures to ensure the State experiences a turn-around in the environmental sector, as well as, creating wealth from wastes.

He also revealed that the State Governor, Engr Seyi Makinde has appointed a Chairman for the Oyo State Waste Management Authority, in the person of  Prince Seun Adelore, who will see to the day to day running of the  disposal mechanism in the State, under the supervision of his office.

Speaking on the fate of Waste management Payment Service Providers (PSPs), the Commissioner allayed the fears of being sacked, however, he stated that individual contracts may undergo reviews.

“We have not sacked the PSPs. Rather, we would review their contracts, to ensure efficient waste management even as we shall add to the contractors so that the State could be well served”

It would be recalled that Oyo State Government reached a partnership agreement with West Africa Energy in 2016, with the past administration in the State. 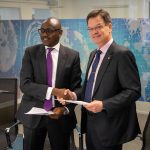 Oyo Govt To Energize 28 Abandoned Transformers Across The State 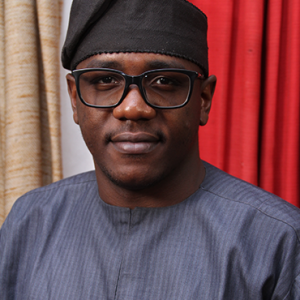 Commissioner for Energy and Mineral Resources